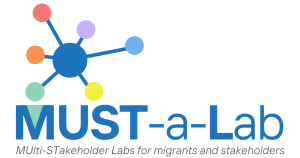 The voices of integration

MUST-a-Lab proposes a systemic and long-term involvement of stakeholders in cities and communities through the methodology of Policy Labs (PLs), in which existing local integration strategies are analysed, discussed and improved.

Mechelen is one of the four most multicultural cities in Flanders, together with Antwerp, Ghent and Genk. Over 130 nationalities live together here, together we speak more than 80 different languages. More than half of the children born here have a migrant background. We are committed to creating a city where every single citizen has a place and a voice: “Diversity is a strength and solidarity a must.”

Fuenlabrada is one of the youngest cities in the south of Madrid. Its population grew rapidly over the past 60 years, and its active citizen participation is the main feature that characterized it and the motor that has facilitated social cohesion, diversity, and coexistence in the city. Population, in general, has been heavily involved in social events, striving for equality and social justice since the city was built.

Vienna is known for its high quality of life and represents a vivid and growing city with an increasingly diverse population. More than 42 % of the almost 2 million inhabitants have origins in other countries. The migration movements of the last few decades have created a wide variety of opportunities and challenges for politics and administration in the city. As “Human Rights City” Vienna is fully committed to equal opportunities for all population groups, inclusion and citizen participation.

Livadia is the capital of the Prefecture of Viotia in Central Greece. The city has a population of approximately 33.000 inhabitants including the geographical regions of numerous small towns and villages, which belong to Livadia. Livadia is located 120km north-west of Athens. The area around Livadia is mountainous and has traditionally been associated with the production and processing of cotton and tomato, as well as the cultivation of cereal crops and the raising of livestock.

Modena is located between Secchia and Panaro rivers, in the Emilia-Romagna Region and Po Valley, in the North of Italy. It dates back to the Bronze Age with the "Civilization of Terramare". Around 200 B.C., it became an important Roman colony called “Mutina”. The Cathedral, Ghirlandina Tower and Piazza Grande, masterpieces of Italian Romanesque, were declared World Heritage Site by UNESCO in 1997. Modena gave birth to celebrities admired all over the world such as Enzo Ferrari and Luciano Pavarotti. 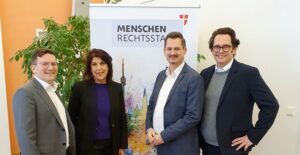 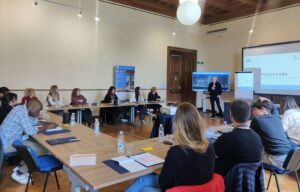